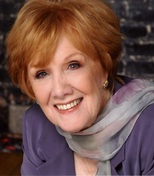 American soprano Marni Nixon’s legendary career is as broad as it is versatile.  Having achieved world-class stardom in opera, musical theater, and popular music genres, Ms. Nixon has been performing her way into the ears and hearts of audiences around the world for more than five decades.

From a very young age, Ms. Nixon’s perfect pitch and impeccable sight-reading skills enabled her to perform with the utmost precision the most challenging vocal works of the 20th century; and her incredible musicianship made her one of the most sought-after singers by legends such as Leonard Bernstein and Igor Stravinsky, both with whom she worked and personally knew.  As a young singer in the classical world, Ms. Nixon accomplished more than most aspiring opera singers dream to in a lifetime: performing roles such as Violetta Valéry (La Traviata), Périchole (La Périchole), Musetta (La Bohéme), Nanetta (Falstaff), and Zerbinetta (Ariadne auf Naxos) with world-renowned opera companies including Seattle Opera, San Francisco Opera, and Los Angeles Opera, and the Public Broadcasting Station’s Televised Opera performances – to name a very few.

Outside of the classical world, Marni Nixon is most recognized as the singing voice for actresses Deborah Kerr in The King and I, Natalie Wood in West Side Story, Audrey Hepburn in My Fair Lady, and Marilyn Monroe in Gentleman Prefer Blondes.  Often called “ghosting,” Marni Nixon’s singing work for actresses behind the silver screen earned her the title of “The Voice of Hollywood.”  Stepping out into the spotlight, Ms. Nixon went on to perform dozens of roles such as Sister Sophia (film and stage versions of The Sound of Music), Heidi Schiller (Follies), and Guido's Mother (Nine).  She has won several awards for her performance of Edna in Taking My Turn, also the first off-Broadway musical to be filmed for PBS’s Great Performances series.  Ms. Nixon has, in fact, earned numerous awards for her outstanding performances, including Grammy Awards in the category of Best Classical Performance, Vocal Soloist for her recordings of 9 Early Songs: The Cabaret Songs of Arnold Schoenberg and Copland: 8 Poems of Emily Dickinson; 4 Emmy Awards for her performances on Boomerang, a children’s television show with a spectacular 25-year run; as well as her most recent Peabody Award for Outstanding Excellence in American Music.

As evidenced by her successful tours as a concert artist throughout Europe, Ms. Nixon has devoted much of her time to reviving the art of the song recital.  She inspires a new generation of talent as close to her heart as her own accomplished son Andrew Gold – musical director for recording artist Linda Ronstandt, and writer of the Golden Girls theme song “Thank You for Being a Friend” – and as far-reaching as the countless young singers and actors from all genres around the world.  Ms. Nixon currently dispenses her invaluable expertise and vivacious charm through private teaching, as well as leading master classes and workshops across the country.